What Does the Bible say about Cremation?

Through the years I’ve been asked about cremation many times.  Typically, the query goes like this:  “Can a person who has been cremated still go to heaven?”  I’ve heard others say that cremation is forbidden in the Bible and that any form of burial outside the traditional “coffin in the ground” means there is nothing in the ground to “burst forth” when the last trumpet sounds at Christ’s return.

So what’s the story here?  What does the Bible say about cremation?  Is it okay for believers to be cremated after they die?

You won’t find chapter and verse where the Bible prohibits or approves of cremation.  There’s no “Thou shalt not be cremated” in the Bible.  Neither is there a command, “Thou shalt certainly be cremated.”  I think, in the absence of a direct reference to cremation, we should look at larger biblical principles.

Specifically, I’m thinking about the Gospel of John, chapter 10.  There we find these words of Jesus:  My sheep hear my voice.  I know them and they follow me.  I give them eternal life and no one can snatch them out of my hand - John 10:27-28.

What’s the larger biblical principle here?  It is God’s power to save souls.  Jesus refers to the saved ones as his sheep.  Jesus promises eternal life and then (watch this!!) Jesus promises their security - no one can snatch them away.

Once the hand of the Savior holds the heart of the believer, there is no power or person in hell or on earth that can forcibly remove that treasure, or alter that destiny.  No person can do it.  No spirit can do it.  No procedure can do it.  God is more than able to transfer the saved soul to its eternal destination in his heaven.  That much is always true, regardless of what happens to the physical body after death.

Finally, I remember a friend describing how he saw a burial at sea.  He was a sailor with the US Navy in World War II.  His ship had been hit in battle on the high seas by the Japanese.  There were many casualties.  After a ceremony, the dead were cast over the side of the ship.  As he watched his friends sink into the abyss of the deep, words he had heard his father say many years before came flooding back into his mind:  “The Lord will never forget where one of his own has been laid.”

Indeed, a burial at sea cannot snatch us from God’s hand, neither can a “traditional” burial in a cemetery, neither can something catastrophic such as being vaporized by an explosion (certainly there were believers in the towers and on the planes during 9/11 for example), neither can cremation separate us from the hand of the Savior.

Remember, salvation is about what God can do.  And praise be to God for he is mighty to save!! 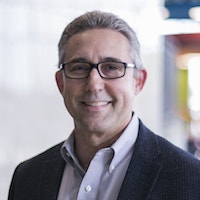