“That’s not fair.” Do those words sound familiar? I bet they do! We have all said them or we have heard someone else say them. They are most often heard on the lips of a grade school-age kid or a teenager right after their Mom or Dad has told them they can’t do something they want to do, or they can’t have something they have asked for. When Ryan started high school, he got his first cell phone. (That was before the day when kindergarteners had cell phones!) Alyssa was in middle school and she wanted a cell phone more than Ryan did. When she learned Ryan was getting one, her response was, you guessed it, “That’s not fair!” No matter how much I tried to explain to her that she would get one when she was older her response was still the same. About 20 months ago when the Doctor told Tami you have breast cancer, my first reaction was, “That’s not fair.” She is a pastor’s wife, she is a great mother, an awesome Mimi, she is a wonderful women’s leader in our church, she is a Godly teacher, she is ……. Like a child not getting what they want, I was angry, and I felt like it wasn’t fair that my wife was going to have to endure this disease. 20 Months later I still don’t think its fair that Tami got breast cancer. But as you have, I have come to realize that life isn’t always “fair” at least from our definition of fair. Very soon after her diagnosis I was reminded of God’s promises in Jeremiah 29:11 “For I know the plans I have for you,” declares the LORD, “plans to prosper you and not to harm you, plans to give you hope and a future.” And His promise in Romans 8:28j “And we know that in all things God works for the good of those who love him, who have been called according to his purpose.” I still don’t think it is fair that Tami, or anyone else for that matter, has to deal with cancer. I pray that cancer will be eradicated in my lifetime. But I do know that when we deal with cancer and other hardships God has a plan and He will work it all for our good and that is fair all the time. 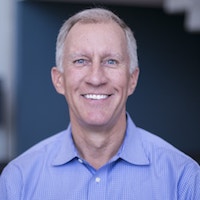